Cookies
We use cookies to ensure that we give you the best experience on our website. If you continue without changing your settings, we'll assume that you are happy to receive cookies. However, if you would like to, you can find out more details and change your cookie settings by clicking on 'Privacy and cookies' at the very bottom of any page. Click/tap this box to dismiss it.

Photo Competition 2022
Back to articles

Work is carried out round the year to remake and protect New Forest tracks, but they’re always under threat. Whether it’s weather and the risk of being washed away, or overuse from walkers or animals, or simply the increasing number of visitors. We all need to look after the New Forest as best we can, in order to enjoy it.

Recreation groups and committee’s across the New Forest are working hard, and NFDOG supports and sits on several of these. There are significant issues which remain difficult to tackle, including rogue cyclists who go off-path, dog walkers who aren’t responsible, and 4x4 drivers driving across the heathland or parking on verges. That’s in addition to general degrading of the path network.

A new map, highlighting what are called ‘robust paths and tracks’ has been published by Forestry England. It is encouraging use of these paths, which in general are better maintained, and properly made of gravel and stone, so less prone to wear and tear. They cover the entire Forest and the map can be downloaded as a pdf file. It’s available on this website, or from Forestry England at https://www.forestryengland.uk/sites/default/files/documents/Robust-Tracks-New-Forest-Map-V1.pdf

The map also highlights routes which are fine most of the year, but should be avoided during the ground nesting season. On the ground, these paths are also highlighted with orange or red signs, and it is important that dog walkers and others either avoid these and use other paths, or if the sign indicates it’s ok, at least have your dog close to hand, under control, or on a lead. Car parks are also on the map, but some of these may close especially during the ground nesting season.

NFDOG Summit in the news 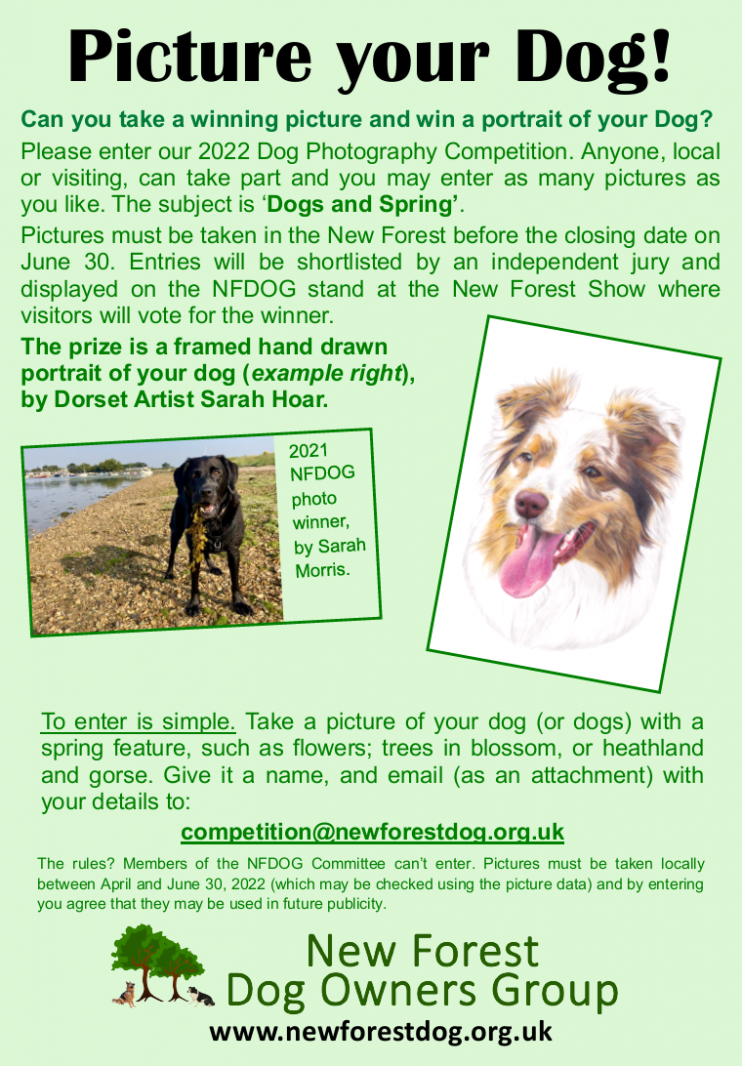