Cookies
We use cookies to ensure that we give you the best experience on our website. If you continue without changing your settings, we'll assume that you are happy to receive cookies. However, if you would like to, you can find out more details and change your cookie settings by clicking on 'Privacy and cookies' at the very bottom of any page. Click/tap this box to dismiss it.

A major campaign is being launched in order to tackle problems with owners who do not look after their dogs responsibly and also to offer suggestions to improve animal welfare, particularly in the summer. The idea came after reports from people in the New Forest about the behaviour of dogs being let off their leads while they were not under the control of their owners. This resulted in allegations that wild and domestic farm animals had been chased.

While the number of cases is not huge the New Forest Dog Owners Group believes strongly that every single incident is one too many. Several organisations have agreed to work with the NFDOG in order to promote responsible dog walking and also higher standards of welfare.

The Verderers have worked with NFDOG in order to produce a leaflet promoting responsible ownership and walking. This is accompanied at the Verderers suggestion by a credit card size information card which Agisters, Verderers, and Forestry England Wardens will have and are able to give to walkers if they see incidents which they do not regard as acceptable behaviour. The Verderers are co-funding this.

“The idea is not to be confrontational but to draw the attention of owners to behaviour which is not regarded as responsible and there is room for improvement,” says Heather Gould, Chairman of NFDOG. “It is difficult to go up to a stranger and say that you've seen their dog behaving badly or that they are not exerting proper control. Indeed, they might not even be aware that their behaviour is not good and could be endangering other animals or themselves. But being able to give them a small credit card with some suggestions such as carrying a lead, having complete recall and control, and keeping your dog a safe distance from animals is an easy way to try and improve behaviour.”

“We want to get our message about responsible ownership and high standards of welfare out to as many people as possible,” says Heather Gould. “Our group’s roots are in promoting open access so that as many people and particularly dog walkers as possible can enjoy the forest. But this only works if owners behave responsibly keep their dogs under control. An example which we see ignored time and again is to clean up after dogs, and take waste home at the end of a walk. There is no doubt the bad behaviour by a tiny minority of owners, either through ignorance or laziness, affects the reputation of every single dog owner and dog walker in the New Forest. I am very grateful to the Verderers and particularly their head, the Official Verderer, Lord Manners who has directly been involved and is supporting this initiative.”

Another group who will be targeted are visitors to the New Forest and particularly those who stay on camp sites with their dogs. Camping in the Forest, which is jointly run by Forestry England and Camping and Caravan Club will display posters at all sites both to welcome dog owners but also explain some of the differences of the New Forest with its livestock and wild animals.

A small two-sided card promoting responsible walking and also welfare for dogs in the forest has been produced as part of this campaign. These have been kindly sponsored by Grovely Pets shop based in Brockenhurst.

An example of the main leaflet and the handout for visitors to the New Forest are available on the NFDOG website.

A separate initiative which is hoped will take place in the autumn is to invite businesses and individuals who work with dog owners to a seminar where responsible walking and high welfare standards will be discussed. The Official Verderer, Lord Manners has kindly agreed to chair this event. Entry will be invitation, sent to businesses nearer the time.

“NFDOG and other organisations including the Verderers, Forestry England, and the National Park Authority realised that often attempts to reach dog owners are unsuccessful,” says Heather Gould. “We want to invite those people who interface directly with dog owners such as pet shops, dog walkers, groomers, kennels, and vets and talk to them about spreading the important message of responsible ownership and keeping dogs under control. In turn and using some of the materials which we have produced we hope they will raise the issue with dog owners directly and encourage better behaviour.” 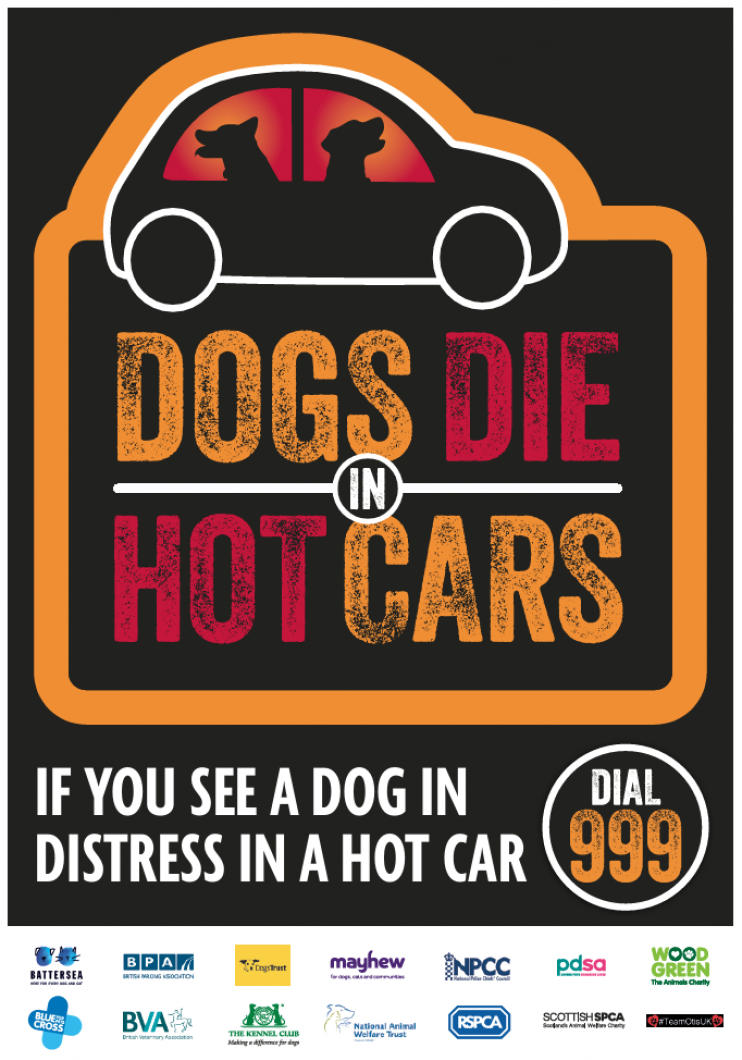 Take care of your dog in hot weather